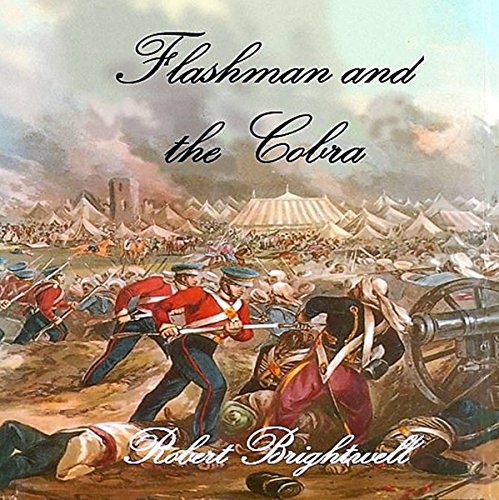 Flashman and the Cobra

This is the second instalment in the life story of Thomas Flashman, the uncle of the notorious Victorian rogue Harry Flashman, whose memoirs have already been published; edited by George MacDonald Fraser.

Thomas shares many of the family traits, particularly the ability to find himself reluctantly at the sharp end of many major events of his age. This book takes him to territory familiar to readers of his nephew's adventures in India, during the second Mahratta war. It also includes an illuminating visit to Paris during the Peace of Amiens in 1802.

As you might expect, Flashman is embroiled in treachery and scandal from the outset and, despite his very best endeavours, is often in the thick of the action. He intrigues with generals, warlords, fearless warriors, nomadic bandit tribes, highland soldiers and not least - a four-foot-tall former Nautch dancer, who led the only Mahratta troops to leave the battlefield of Assaye in good order.

Flashman, gives an illuminating account with a unique perspective. It details feats of incredible courage, (not his, obviously), reckless folly, and sheer good luck that were to change the future of India and the career of a general who would later win a war in Europe.