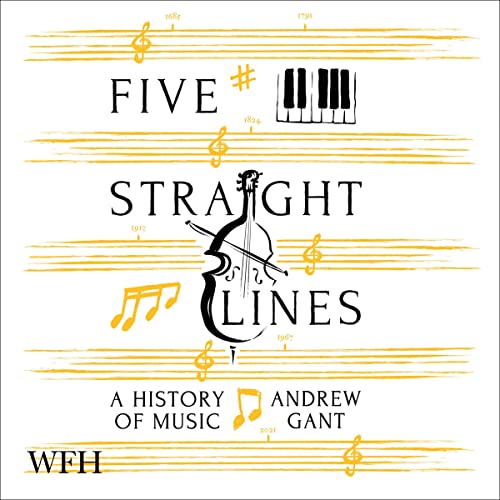 This audiobook takes the listener on a grand musical tour from its origins in prehistory to the 21st century. It describes its roles in culture and religion in ancient China and the Middle East and how it developed in the Mediterranean world of classical Greece and Rome. Andrew Gant considers the evolution of music in medieval Europe and looks at what led to the astonishing revolution of musical forms and genres that took place in the Renaissance, first in Italy and then across the rest of Europe. He examines the ideas, composers and patrons behind the advent of the baroque and its evolution into the music of the classical and romantic periods. At the same time, he explores developments in musical style and changes in forms, techniques and instrumentation, not only in music for the court and church but as sung in pubs, theatres, the streets and at home. The final chapters describe the modernist revolutions personified by Stravinsky, Schoenberg, Bartok and Messiaen. They show how, with the advent of mass media, different forms of music - from pop, blues and musicals to classical, opera and jazz - along with music from places such as South America, Africa and the Far East, all began to influence each other in a series of percussive but productive collisions.

The account ranges widely across time and space. It is authoritative, scholarly and consistently enjoyable. It presents a series of coherent arguments, spiced with unexpected detail and anecdote. This an audiobook, in short, for everyone interested in music.