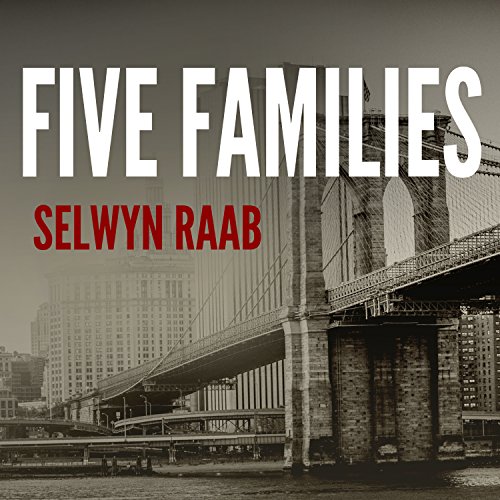 Genovese, Gambino, Bonnano, Colombo, and Lucchese. For decades these Five Families ruled New York and built the American Mafia (or Cosa Nostra) into an underworld empire. Today, the Mafia is an endangered species, battered and beleaguered by aggressive investigators, incompetent leadership, betrayals, and generational changes that produced violent, unreliable leaders and recruits. A 20-year assault against the five families in particular blossomed into the most successful law enforcement campaign of the last century.

Selwyn Raab's Five Families is the vivid story of the rise and fall of New York's premier dons, from Lucky Luciano to Paul Castellano to John Gotti and more. The book also brings the listener right up to the possible resurgence of the Mafia as the FBI and local law enforcement agencies turn their attention to homeland security and away from organized crime.

"This masterpiece stands an excellent chance of becoming a bestseller with crossover appeal beyond devoted watchers of The Sopranos." ( Publishers Weekly)

I consider this the reference textbook of all things NYC mob. From the introduction until the end the book remains very coherent in its accounts, e.g. with regards to personal exchanges among the mobsters, and adheres to the well-researched style the author has chosen to follow.