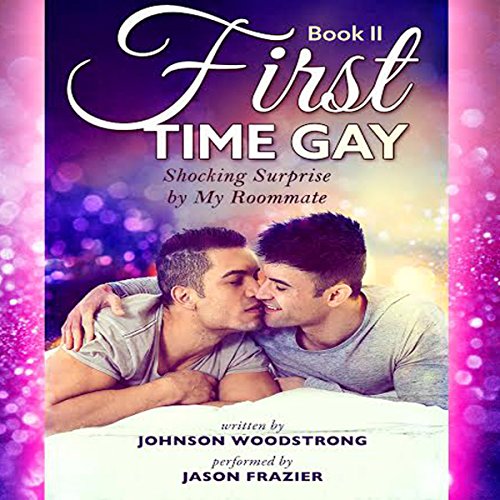 In First Time Gay: Shocking Surprise by My Roommate, the steamy relationship between James and his roommate (and captain of the college's basketball team), Mark, becomes more and more intense, hotter and hotter, and more and more kinky.

After both a sensuous and spasmodic introduction in First Time Gay 1: The Present, Mark decides to take it a step further and adds some spice to his encounter with James.

Having left James blindfolded and tied up in their bedroom, Mark comes back expecting to take full advantage of his "present", James. And so he does, passionately and sensuously, in a steaming hot scene. But what James does not know is that Mark's kinky side is quite creative, and he still has an extra saucy surprise in store for James.

In the meantime there may be someone else in the room, which James is not aware of....

Author's note: This audiobook is not suitable for listeners under the age of 18.