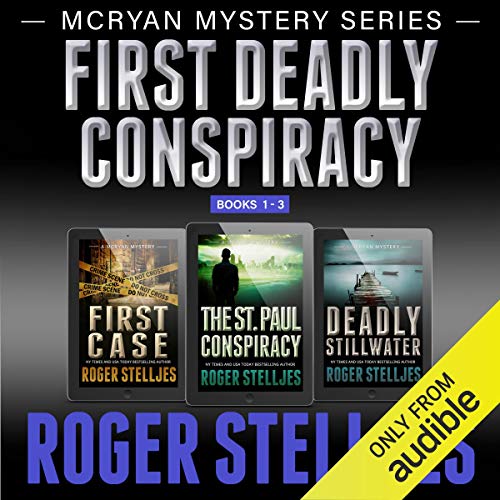 Fans of mysteries, thrillers, and suspense will enjoy these fast-moving stories of murder, greed, and treason, the cast of colorful characters, and their setting in and around historic St. Paul, Minnesota.

In an emotionally charged investigation full of unexpected twists and turns, Mac McRyan will need to follow a convoluted trail of evidence, secrets, and hidden agendas to help solve a murder mystery that is his First Case.

A complex murder investigation with repercussions far beyond an ordinary serial killer case - national and political security concerns lie at the root of this tangled, fast-paced, gritty crime novel. The Merit Award winner for Commercial Fiction for the Midwest Independent Publishers (MIPA) Book Awards and a Minnesota Book Awards nominee.

Two girls gone... A complicated, brazen daytime kidnapping is just the beginning in a case of betrayal and revenge that will ultimately strike at the soul of the St. Paul Police Department. From the searing streets of St. Paul to the murky waters of the St. Croix River, Deadly Stillwater is a book you won't be able to pause until its last gripping minute. Midwest Book Awards winner - Genre Fiction for the Midwest Independent Publishers (MIPA) Book Awards.