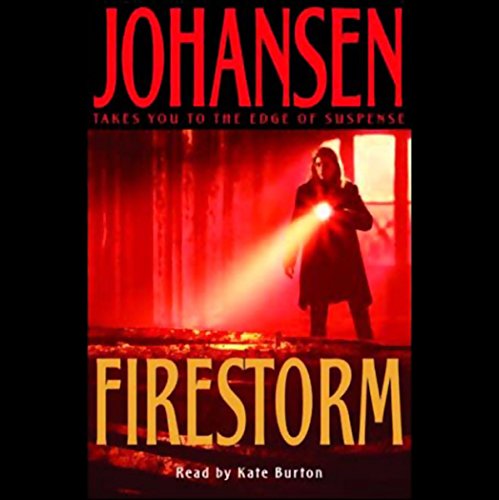 For Kerry Murphy, the inferno is never far away. The flames of that long-ago night still burn in her nightmares: the heat, the choking smoke, the helplessness. Now Kerry works as an arson investigator with her evidence-sniffing dog, Sam. Together they're a great team, but only Kerry knows the real reason why they're so good at what they do; only Kerry and someone from a past she thought she'd put far behind her.

Suddenly the flames are back, and this time Kerry may not be able to put them out. And now, from out of the ashes of another tragedy, a stranger appears. Who is Silver? And how does he already know so much about her? All Kerry is certain of is that he's come to enlist her in the hunt for a psychopath who has left a trail of gruesome, fiery deaths in his charred wake.

But the killer Kerry is supposed to find has already found her, and in his twisted thoughts and burning obsessions, the nightmare of her own past threatens to ignite and destroy her. When tragedy strikes, Kerry's one hope is Silver. But even together, Kerry and Silver may have met their match in a killer as coldhearted as his method is red-hot. And to save themselves and the innocents whose lives are at stake, Kerry may have to reach deep into the very past that once already nearly destroyed her, to do what she hoped she'd never have to do: fight fire with fire.

"[A] rip-roaring thriller...just might increase the sale of fire extinguishers." ( Publishers Weekly)