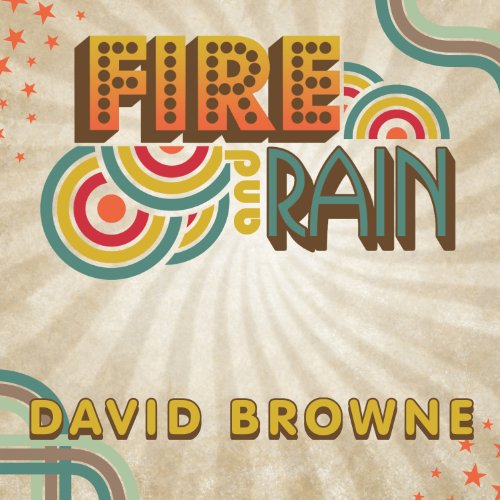 Award-winning journalist and beloved music critic David Browne continues his string of successful band profiles, digging past his recent subjects of Jeff Buckley and Sonic Youth, to four of the most undisputedly influential rock legends falling apart at the end of the Decade of Love. As the seasons turn, the interlocking portraits of these four struggling musical partnerships shed new light on an often overlooked moment in the history of a country and a music scene.

Earphones Award-winner Sean Runnette narrates the book like he is sitting in your living room. Browne has set an easy-going tone that Runnette delivers with a friendly charisma and a fine ear for the sad parts of the story. This is a time where the bestselling albums in America all belonged to bands on the brink of implosion. Ironic parallels between the album content and the lives of the musicians abound. The Beatles are tying up loose ends on Let It Be while McCartney and Lennon each refuse to leave the other's nasty press quotes alone. James Taylor is riding the wave of Sweet Baby James while privately ignoring his heroin addiction. Simon and Garfunkel debut Bridge Over Troubled Water while burning bridges as Simon turns to teaching and Garfunkel turns to acting. Crosby, Stills, Nash & Young are pushing out Deja Vu while all four are much more focused on their solo careers.

As a backdrop to these tales of celebrity won and sanity lost, Browne provides ample historical context. Students killed in the Kent State riots drew the attention of Neil Young, the next wave of protest movements drew several rock stars to Joni Mitchell in competing romantic intrigues, everybody was glued to the news coverage of Apollo 13, and the meteoric rise of Led Zeppelin was poised to give all four bands a run for their money. In the hands of a less capable narrator, this fascinating moment in music history might amount to nothing more than a major bummer. But Runnette keeps the listener engaged and optimistic, adding a nostalgic flavor that will make you want to blow the dust off these albums and appreciate what you've been missing in a much more nuanced way. Megan Volpert

January 1970: the Beatles assemble one more time to put the finishing touches on Let It Be; Crosby, Stills, Nash & Young are wrapping up Déjà Vu; Simon and Garfunkel are unveiling Bridge Over Troubled Water; James Taylor is an upstart singer-songwriter who's just completed Sweet Baby James. Over the course of the next twelve months, their lives---and the world around them---will change irrevocably.

Fire and Rain tells the story of four iconic albums of 1970 and the lives, times, and constantly intertwining personal ties of the remarkable artists who made them. Acclaimed journalist David Browne sets these stories against an increasingly chaotic backdrop of events that sent the world spinning throughout that tumultuous year: Kent State, the Apollo 13 debacle, ongoing bombings by radical left-wing groups, the diffusion of the antiwar movement, and much more. Featuring candid interviews with more than 100 luminaries, including some of the artists themselves, Browne's vivid narrative tells the incredible story of how---over the course of 12 turbulent months---the '60s effectively ended and the '70s began.

"Browne's engrossing account of this fertile but volatile period sets the standard by which comprehensive musical histories should be judged." ( BookPage)