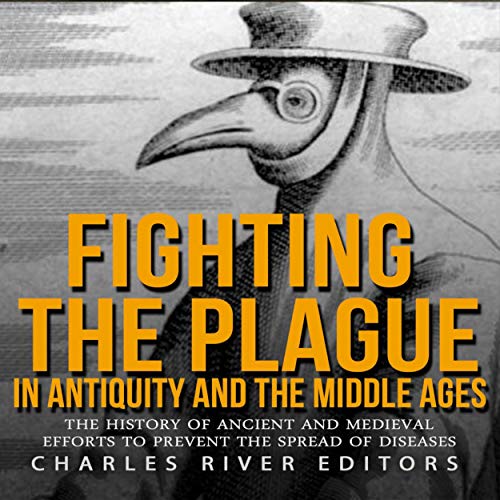 Fighting the Plague in Antiquity and the Middle Ages

Plague and pestilence have both fascinated and terrified humanity from the very beginning. Societies and individuals have struggled to make sense of them, and more importantly they’ve often struggled to avoid them. Before the scientific age, people had no knowledge of the microbiological agents - unseen bacteria and viruses - which afflicted them, and thus the maladies were often ascribed to wrathful supernatural forces. Even when advances in knowledge posited natural causes for epidemics and pandemics, medicine struggled to deal with them, and for hundreds of years religion continued to work hand-in-hand with medicine.

Inevitably, that meant physicians tried a variety of practices to cure the sick, and many of them seem quite odd by modern standards. By the time Rome was on the rise, physicians understood that contagions arose and spread, but according to Galen, Hippocrates, and other Greco-Roman authorities, pestilence was caused by miasma, foul air produced by the decomposition of organic matter. Though modern scientists have since been able to disprove this, on the face of it there was some logic to the idea. Physicians and philosophers (they were very often the same, Galen being an example) noticed that disease arose in areas of poor sanitation, where filth and rotting matter was prevalent and not disposed of, and the basic measures to prevent disease - waste removal, provision of clean food and water, and quarantining - would have been obvious to them. The scenting of miasmic air with incense and other unguents to expel the foulness would also have thus made sense, though people now know that can’t stop the spread of a disease.

Ancient physicians at the time believed that miasma was not the direct cause of disease but rather a catalyst. Maladies were caused by an imbalance of what Galen called the four humors. According to him (and Hippocrates before him), the body contained four kinds of fluids: Black bile, yellow bile, blood, and phlegm. These corresponded to the four elements of which the entire universe was composed: Earth, fire, water, and air. Black bile was tied to earth, yellow bile to fire, blood to air, and phlegm to water. It was believed that the balance of the humors in the body not only determined an individual’s health, but their behavior and temperament as well. A melancholic (from melanos, the word for “black”) disposition was caused by an excess of black bile. Yellow bile made a person fiery or choleric (from khole, the word for bile), while a phlegmatic (from phlegma, body moisture) temperament denoted a surplus of phlegm. The most desirable temperament was the sanguine (sanguis, blood), which exhibited happiness, calm and enthusiasm. The ancient Romans thought miasma caused an imbalance in these fluids, and disease resulted. For the ancient physician, as indeed for all physicians for the next 1,500 years or so, illness was not the direct result of external agents.

The High Middle Ages had seen a rise in Western Europe’s population in previous centuries, but these gains were almost entirely erased as the plague spread rapidly across all of Europe from 1346-1353. With a medieval understanding of medicine, diagnosis, and illness, nobody understood what caused Black Death or how to truly treat it. As a result, many religious people assumed it was divine retribution, while superstitious and suspicious citizens saw a nefarious human plot involved.

Fighting the Plague in Antiquity and the Middle Ages: The History of Ancient and Medieval Efforts to Prevent the Spread of Diseases looks at the ways past societies have striven to cope with epidemics and the various remedies – some bizarre, some desperate, others logical but nonetheless misguided - they employed. The approaches include an eclectic mix of medicine, supernatural rituals, religion, and philosophy.