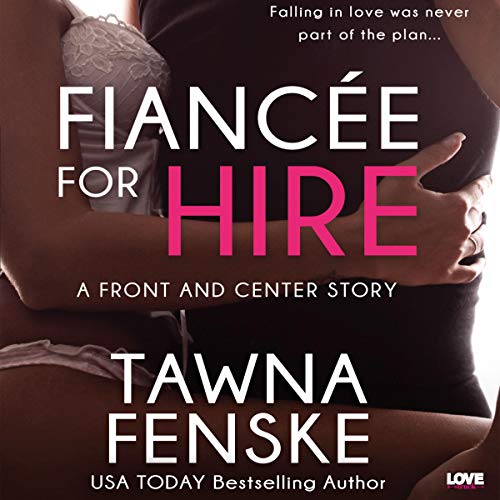 Former Marine MacArthur Patton has made a small fortune on top-secret government contracts and black-ops missions, but his new assignment involves something more dangerous - marriage.

To keep weapons out of the hands of terrorists, Mac has to secure a fiancée. A sweet, demure, compliant fiancée to serve as his arm candy for a few weeks while he completes the covert arms deal in Mexico. His sister claims to know just the woman, and sends her best friend to play the role.

"Sweet" and "demure" aren't in Kelli Landers's repertoire. A badass veterinarian who neuters big dogs and bigger men on a regular basis, she can't wait to bring Mr. Tall-Dark-and-Detached to his knees. Her longtime crush on the commitment-phobe makes her plan to seduce him even sweeter.

Love wasn't part of the plan, but the deeper Mac and Kelli fall into their ruse, the more danger they attract, until more than just their hearts are on the line....

Each book in the Front and Center series is a stand-alone, full-length story that can be enjoyed out of order.