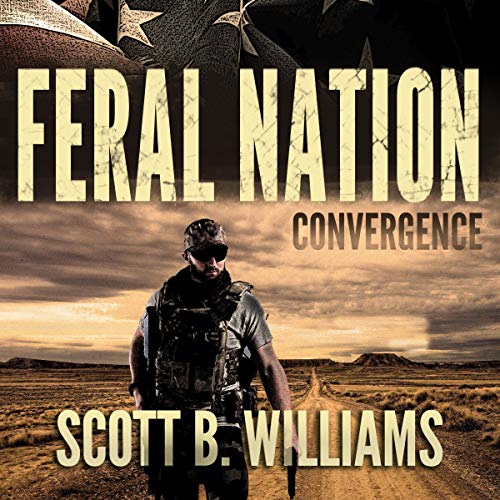 All actions have consequences....

Finding Megan alive and in a place of relative safety is a major turning point in Eric Branson's quest. But even though he's reached his main objective, Eric's mission is far from over.

Eric made a hard choice when he left Shauna and Jonathan behind to catch up to Megan, and he knew when he did it, there would be consequences.

Determined to set things right and move on to the next stage of his plan, Eric will retrace his route into the wilderness, but this time he won't be riding alone.

Insurgents connected with the organization Eric encountered before are bent on controlling a vital corridor between their mountain strongholds to the north and Mexican border, and Eric's newfound warrior friends are determined to stop them in order to protect their homeland.

Once again, Eric will use his skill and expertise to fight for others, but it's a necessary step in attaining his ultimate goal.

Feral Nation - Convergence is the sixth book in the latest post-apocalyptic thriller series from Scott B. Williams.