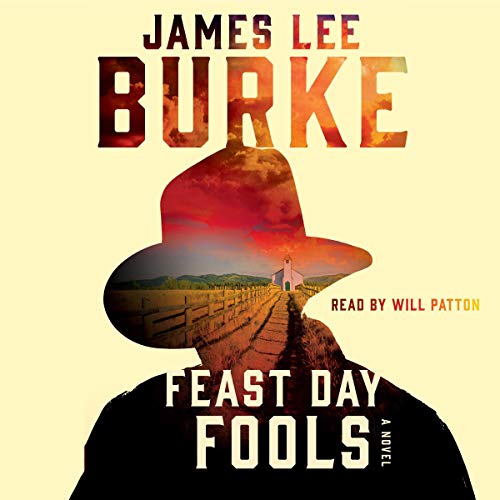 Sheriff Hackberry Holland patrols a small Southwest Texas border town, meting out punishment and delivering justice in his small square of this magnificent but lawless land. When an alcoholic ex-boxer named Danny Boy Lorca begs to be locked up after witnessing a man tortured to death by a group of bandits, Hack and his deputy, Pam Tibbs, slowly extract the Indian man’s gruesome tale. It becomes clear that the desert contains a multitude of criminals, including serial murderer Preacher Jack Collins (whom The New York Times called “one of Burke’s most inspired villains”).

Holland’s investigation leads him to Anton Ling, a mysterious Chinese woman whose steely demeanor and aristocratic beauty compel Hackberry to return to her home again and again as the investigation unfolds.

James Lee Burke is at his engrossing and atmospheric best in this, his 13th novel, as Hackberry plumbs the depths of man’s inhumanity to man - from killers-for-hire, to the U.S. government, to the misguided souls in search of a better life across the border.

“[O]utstanding.... The richness of Burke's characters, always one of his strengths, reaches new heights.... The intricately plotted narrative takes numerous unexpected turns, and Burke handles his trademark themes of social justice and corruption with his usual subtlety.” ( Publishers Weekly)
“As Burke steers the elaborately structured narrative toward its violent conclusion, we are afforded looks inside the tortured psyches of his various combatants, finding there the most unlikely of connections between the players. This is one of Burke’s biggest novels, in terms of narrative design, thematic richness, and character interplay, and he rises to the occasion superbly, a stand-up guy at the keyboard, as always... Though he is best known for his Dave Robicheaux series, the broader canvas of this Hackberry Holland adventure makes a fittingly grand stage on which to play out such a landmark event in American publishing.” (Bill Ott, Booklist)
“The dialogue scenes, along with the action sequences, the South Texas landscape and the indelibly conflicted characters make you want to give Burke a medal.” ( Kirkus Reviews)