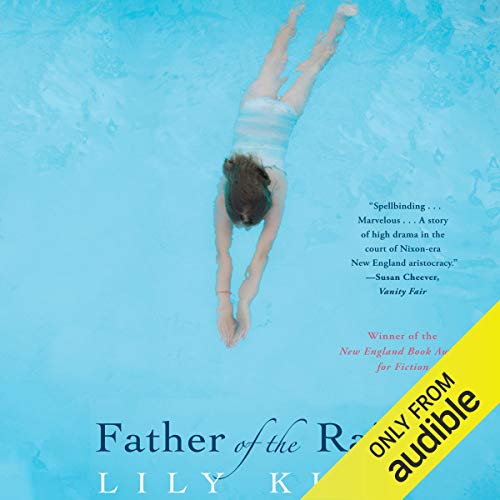 Father of the Rain

Prize-winning author Lily King’s masterful new novel spans three decades of a volatile relationship between a charismatic, alcoholic father and the daughter who loves him. Gardiner Amory is a New England WASP who's beginning to feel the cracks in his empire. Nixon is being impeached, his wife is leaving him, and his worldview is rapidly becoming outdated. His daughter, Daley, has spent the first 11 years of her life negotiating her parents’ conflicting worlds: the liberal, socially committed realm of her mother and the conservative, decadent, liquor-soaked life of her father. But when they divorce, and Gardiner’s basest impulses are unleashed, the chasm quickly widens, and Daley is stretched thinly across it. As she reaches adulthood, Daley rejects the narrow world that nourished her father’s fears and prejudices and embarks on her own separate life until he hits rock bottom. Lured home by the dream of getting her father sober, Daley risks everything she's found beyond him, including her new love, Jonathan, in an attempt to repair a trust broken years ago. A provocative story of one woman's lifelong loyalty to her father, Father of the Rain is a spellbinding journey into the emotional complexities and magnetic pull of family.