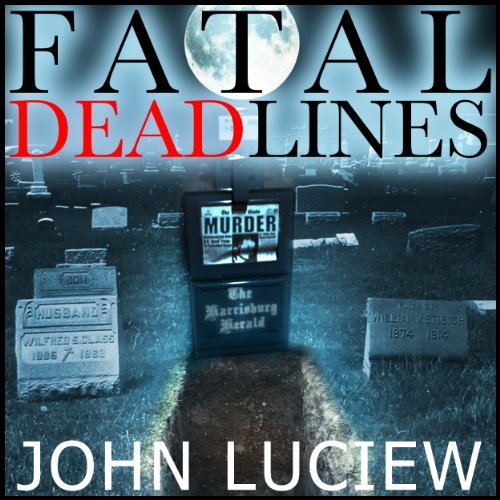 In a gripping debut novel that combines power, politics, and the press, John Luciew introduces a rogue reporter whose new lease on life may be the end of him... Obituary writer Lenny Holcomb has reached a dead end. Burned-out and uninspired, he knows life in Harrisburg, Pennsylvania, has nothing left to offer. Until the secrets of the dead begin to reveal themselves in his work - sending Lenny back into the streets armed with a shrewd mind and a recharged sense of purpose.

Lenny is hot on the trail of a popular governor with presidential ambitions who may have had a role in the death of his beautiful press secretary. Teamed with the sexy investigative journalist Jacquelyn "Jack" Towers, Lenny uncovers widespread political corruption leading all the way to the governor's majordomo - a ruthless and mysterious behind-the-scenes powerbroker who has been pulling strings for his boss all along. When Lenny puts together the murderous truth, he realizes that he's just made a very powerful and dangerous enemy - and that the last obituary he pens may be his own.