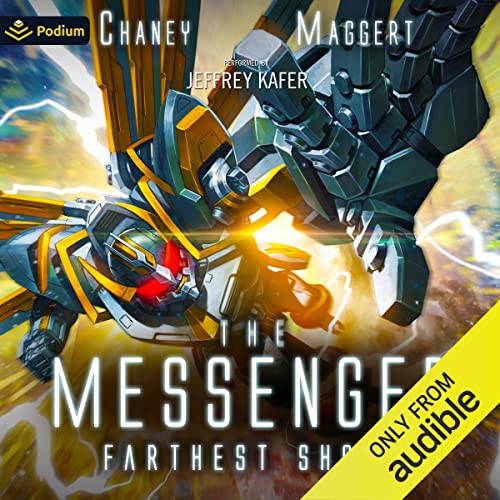 Victory begins with an idea, and that idea forms in the place between galaxies.

Drifting in the intergalactic deep, Dash begins the final push toward peace. From the depths of Realm lore, the Kingsport takes shape, one component at a time.

But the war is not over, and the Deepers aren’t done.

The space beyond our galaxy is far from empty, and the Arkubators, Deeper worlds, and other secrets begin to reveal themselves as the Realm forces fight their way, gate to gate, into areas never seen by humans. Dash will journey farther than any other human has ever gone - or so he thinks. What awaits him is a secret that will change everything humans know about their origins.

Only two questions will remain: Can humanity win? And at what cost?