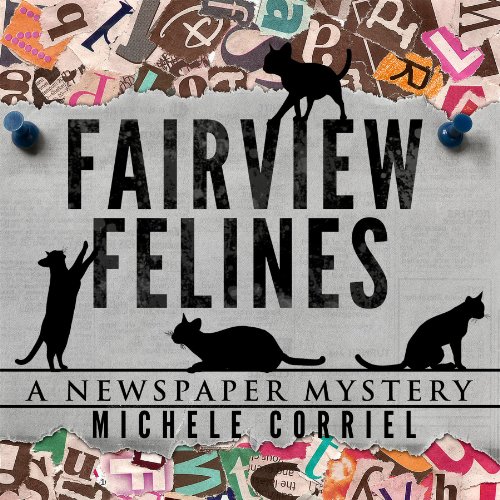 Fairview is a quiet town. Nothing strange ever happens. Certainly nothing so weird and sinister as the disappearance, one by one, of its cats. But it is happening, and Thomas Weston, eight-grade wannabe reporter and inveterte snoop, is going to find out why.

If, that is, he doesn't get grounded for bringing home a string of grades that give new meaning to the term D-.

It's not that Thomas is stupid; he's just not interested in anything that doesn't pertain to getting a story. But in addition to solving the mystery of Fairview's disappearing cats, Thomas has a new ambition - one that dosn't go with a GPA that can be expressed in negative numbers (one of many mathematical concepts Thomas doesn't get) he wants to launch a school newspaper - and he's got good reason to expect that, without a B average at least, he'll never be made its editor.

At least Thomas isn't alone in his problems. He has Quinn, his ultra-smart science nerd girl friend (not girlfriend) and Leland, the closest thing to Thelonious Monk any eighth-grade class has ever had, to help him find the cats and maybe even bring up his grades.

Together the three consider a roster of of very suspect suspects: Mr. Klim, the cat-hating neighbor; Mrs. Adams, the mad science teacher with an army of flesh-eating beetles at her command; - and is there a sinister gang of burglars using the cats as bait for watchdogs?

The answer, when it comes, is a twist as surprising as a good Agatha Christie story's, and solving it gets Thomas the inside track on the editorship he wants so much. If he can just keep his grades up...