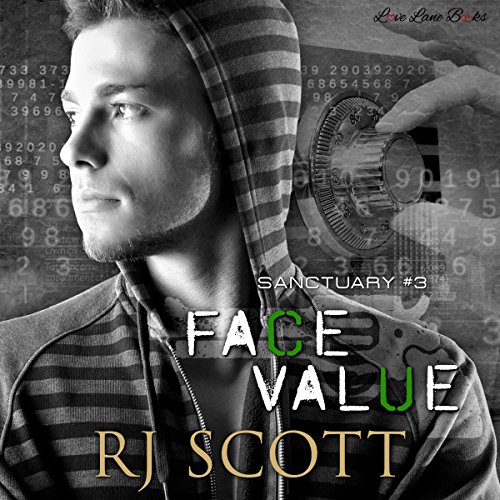 Beckett Jamieson discovers he is adopted when a lawyer hands him a letter from his mother on his 21st birthday. His real name is Robert Bullen, but the Bullen family is involved in criminal activity of the worst kind. He decides to bring them down but ends up badly beaten and temporarily blinded. A Sanctuary agent takes him to a safe house to heal.

Doctor Kayden Summers, Sanctuary operative, is not happy about being stuck in the middle of nowhere with an unconscious man. When Beckett wakes, the situation goes from bad to worse. Beckett does not trust him, is as determined as ever to find the evidence his mother hid, and on top of all that, Kayden finds himself attracted to the determined young man.

Can they overcome their issues and eliminate the threat from the Bullen brothers?

The main pattern of the series with protector and protected one falling for each other returns with this story. This could become stereotype boring but not when it is RJ Scott, who is such a skilled author creating each couple with warmth and personality in that multilayered plot.

At his 21st birthday Beckett finds out that he is really „Robert Bullen“.He wants to bring justice to his murdered mother, but although he is very careful, Beckett is found out and severely injured by his uncle and father. Dale&amp;Joseph barely can rescue him.
Kayden, Sanctuary's young, genius doctor with his dry sarcastic humor and mysterieous past takes care of confused but determined Beckett and becomes his bodyguard.Together with Manny, the Sancturary computer geek,they solve the riddles Emma Bullen has left her son and secure important evidence for the case.

Again Sean Crisden has done a brilliant job lending his voice to RJ Scott's Sancturary Series. This time he has tackled the not so easy job of portaying Kayden and Beckett very impressivly. Genius Kayden and young Beckett get their own voice nuances and come so vibrantly „alive“ it has been action movie film feeling in my head listening to the story continue.

Ahhh!!! So unfair ! So many new questions to the still unsolved ones make you go for the next Sancturary Book/Audio Book Version immediately.