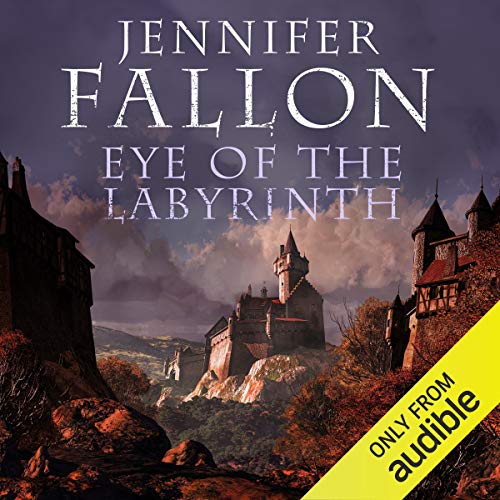 Eye of the Labyrinth

Eye of the Labyrinth

Since the Age of Shadows ended, the people of Ranadon have lived under the merciless heat of two suns and the tyranny of Antonov, the Lion of Senet. Consumed by his lust for power and his unshakable belief in the capricious, almighty Goddess, Antonov’s rule is absolute. Only one man has the intelligence and will to break that hold...a man who could be King.

Suddenly widowed, Morna Provin, Duchess of Elcast, has lost her only protector. With her son banished for an unspeakable crime, she faces a horrifying fate at the hands of the Lion of Senet as retribution for her relationship with the heretic Johan Thorn. But it is only part of a cunning scheme to lure her son, Dirk Provin, back into the fold so Antonov can consolidate his power once and for all. With his mother’s life at stake, Dirk Provin must emerge from hiding in the Baenlands and return to Elcast—setting in motion a rebellion that will expose long-buried secrets and ignite festering hatreds.

For a ruler’s fears and a madman’s prophecy will start Dirk on a quest for truth that will spark a fierce battle between two very different men: One who believes only what his five senses tell him, the other obsessed by his faith in the divine. It is a clash that will bring to light a revelation that may shatter them all.