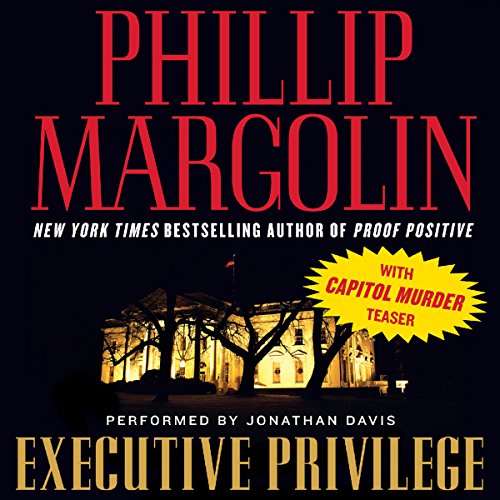 Includes a teaser excerpt from Capitol Murder, the third book in the Washington Trilogy!

The first book in Phillip Margolin’s New York Times best-selling Washington Trilogy, a powerful tale of murder that snakes its way through Washington, D.C.'s halls of power, leading straight to the White House and the most powerful office on earth.

When private detective Dana Cutler is hired by an attorney with powerful political connections, the assignment seems simple enough: follow a pretty college student named Charlotte Walsh and report on where she goes and whom she sees. But then the unexpected happens. One night, Cutler follows Walsh to a secret meeting with Christopher Farrington, the president of the United States. The following morning, Walsh's dead body shows up and Cutler has to run for her life.

In Oregon, Brad Miller, a junior associate in a huge law firm is working on the appeal of a convicted serial killer. Clarence Little, now on death row, claims he was framed for the murder of a teenager who, at the time of her death, worked for the then governor, Christopher Farrington. Suddenly, a small-time private eye and a fledgling lawyer find themselves in possession of evidence that suggests that someone in the White House is a murderer. Their only problem? Staying alive long enough to prove it.

Executive Privilege, with its nonstop action, unforgettable characters, and edge-of-your-seat suspense, proves once again that Phillip Margolin—whose work has been hailed as "frighteningly plausible" (Pittsburgh Post-Gazette) and "twisted and brilliant" (Chicago Tribune)—belongs in the top echelon of thriller writers.