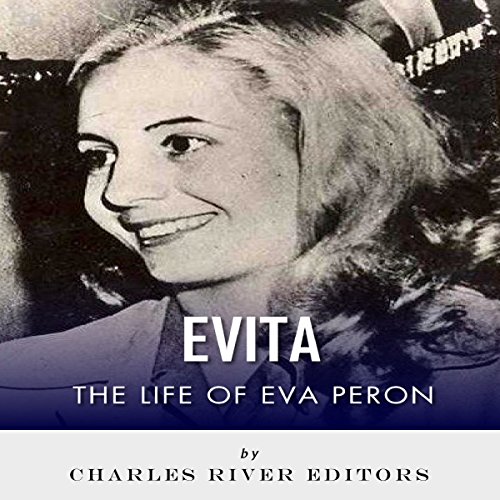 Evita: The Life of Eva Peron

Evita: The Life of Eva Peron

María Eva Duarte de Perón, known to the world as Evita, stands with Jesus Christ as a highly influential historical figure who lived only 33 years. The similarities do not end there: as Argentine novelist Tomás Eloy Martínez has observed, Evita came to "symbolize certain naïve, but effective, beliefs: the hope for a better world; a life sacrificed on the altar of the disinherited, the humiliated, the poor of the earth...myths which somehow reproduce the image of Christ." During her life she was elevated to the status of "spiritual leader" of her country, Argentina, and after death she was regarded there as a martyr and a saint by her many followers.

Eva Perón prided herself on having antagonized and earned the hatred of precisely these social classes. Over 50 years after her death, Perónism, the political philosophy devised by her and her husband Juan Domingo Perón, remains a potent force in Argentine politics (the current president identifies herself closely with the Peróns and their legacy), but it also continues to inspire deep enmity. While a large portion of the country sees Evita as a symbol of national pride, there is also a significant sector that sees her as an impostor and a demagogue whose brilliant but irresponsible manipulation of mass politics helped sink the country into chaos.