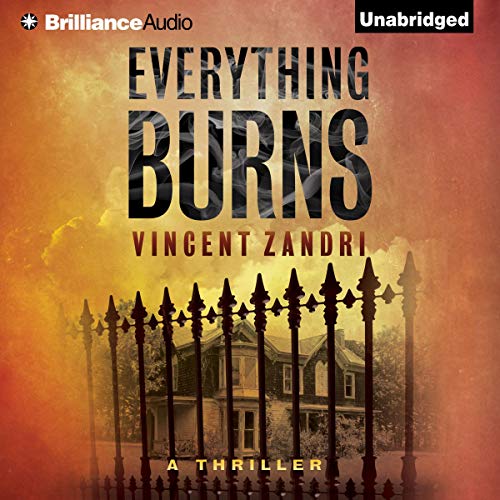 When Reece Johnston was a boy, a fire destroyed his home, killing his mother and brothers while leaving him scarred for life. It also kindled something dark inside him: an irresistible attraction to flames in all their terrifying, tantalizing power. But after two failed arson attempts - and two trips to the mental ward - he was finally able to put down the matches and pick up the pieces.

With a career as a bestselling crime writer going strong, Reece is working to fix his broken marriage to Lisa and be there for their preteen daughter, Anna. He's not just dealing with his own demons; there's a world of deadly hurt bearing down on him in the form of the jealous rival he's bested in literature and love, who's determined to see Reece crash...and burn. But a guy like Reece knows how to take the heat. And thanks to his lifelong friendship with fire, he also knows how to bring it.