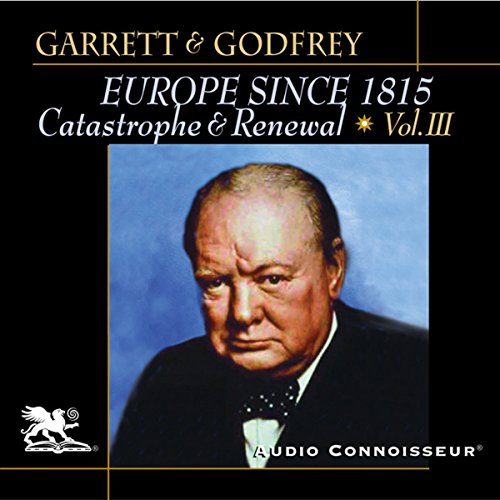 The ominous forces of militarism, nationalism, and secret alliances were finally set loose by the assassination of Archduke Francis Ferdinand. As the Central Powers of Austria-Hungary and Germany move to quickly bring the issue to a speedy climax, the wheels begin to come off. Instead of quick victory, a devastating stalemate ensued. Tens of millions died in the wretched trenches of Europe and by the time the Versailles Treaty was signed in 1919, weary Europeans were startled to see the rise of a Russian government so radical, it instantly became a pariah.

Disillusionment with the Versailles Treaty became widespread among both victor and vanquished. As France pressed the Germans for reparations, the Germans dug in their heels. With each new perceived humiliation, the German population began to nurse a hatred that was easily fanned by demagogues.

When the economic recovery of the 20s was derailed by the worldwide Great Depression, the door was flung open for the entry into history of the demonic force of Adolf Hitler and his National Socialist Party. In the Soviet Union, the communists under Stalin began implementing five-year plans of unprecedented scope. Millions died futiley followed by a savage Stalinist purge amid spectacular show trials. Yet Russia doggedly forged ahead. In the west, the democracies seemed powerless to stop Hitler until it was too late and war came to them unprepared. The French fell to Nazi armies, and Britain, with Churchill leading, stood alone. As the suspense heightens, Hitler suddenly launches an attack on the Soviet Union.

In a titanic paroxysm of violence and death, the second world war comes to an end under a pall of destruction and despair never before known. Out of this desolation has emerged the New Europe we know today. From our present vantage point, the recovery has been no less than miraculous.