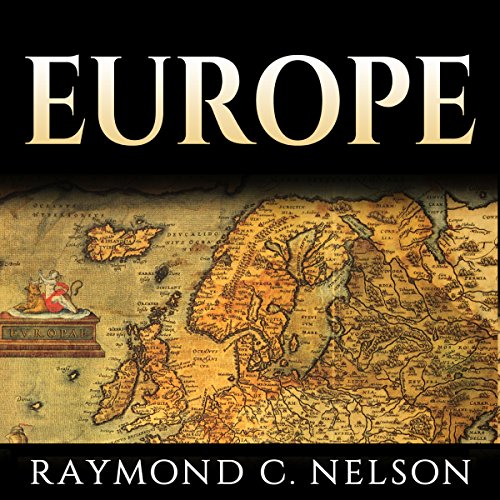 Humankind's thirst for knowledge, the sacrifice of the masses, and the lives and inventions of exceptional people drove the development of Modern Europe.

Europe: European History: The Most Important Leaders, Events, & People through European History That Shaped Europe and Eventually Became the European Union delivers a quick glimpse at the tragedies and fortunes that made Europe what it is today.

You'll learn why the Renaissance was different, how the black plague drove the evolution of art and diminished the strength of the Catholic Church, and the political and social consequences of the Reformation and the industrialization of Europe.

You'll witness the formation of the Protestant Church, the British Empire, Socialism, WWII, the Cold War, and the Fall of the Berlin Wall. You'll also learn all about famous people and their political impacts or inventions including Johannes Gutenberg, Martin Luther, Queen Victoria, and Louis IV, Karl Marx, Sigmund Freud, Robert Schuman, and more.

Europe: European History: The Most Important Leaders, Events, & People through European History That Shaped Europe and Eventually Became the European Union delivers a short dunk into European History designed to arouse your curiosity and inspire critical thinking about the shaping of the European Union. From the Black Death to the European Union, each chapter examines a significant period or theme and the famous people, events, and inventions that contributed to it and concludes with a series of questions that will compel you to stop and consider the far-reaching effects of people and events of the past.

Dip into European history today and learn about the people, technological advancements, tragedies, and events that shaped modern thinking.

This overview of European history was really muddled and confused. It jumped backwards and forwards in time. My knowledge of history has unfortunately not been improved by listening to this!
I found the language very annoying too. Lots of incorrect grammar! And why American English?