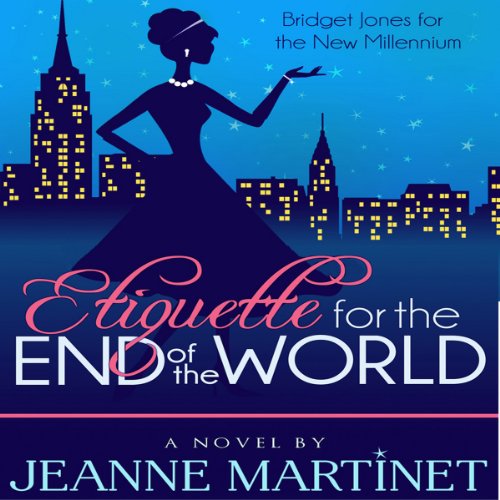 Etiquette for the End of the World

Rule Number 1: Don’t Panic - it only attracts the sharks.

It’s not the end of the world. That’s what 39-year-old Tess Eliot has to remind herself after losing her newspaper column ("Tess Knows Best") and being dumped by her boyfriend for a younger woman (a feng shui expert? Really?). Then Tess is hired to write an etiquette guide preparing readers for the Ancient Mayan doomsday of December 21, 2012, and she has to ask herself: Could the world really be coming to an end?

At first, Tess fakes her way through chapters like "Boundaries in the Bunker" and "Cannibalism: Yes or No?" But after uncovering a secret plot for world destruction, she is forced to embark on a life-changing odyssey of her own - involving all-too-close encounters with touchy-feely survivalists, conspiracy theorists and one handsome guy who seems way too perfect.