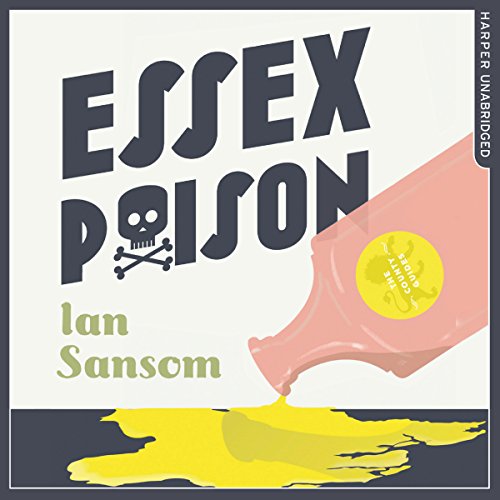 October 1937. Swanton Morley, the People's Professor, sets off to Essex to continue his history of England, The County Guides.

Morley's daughter, Miriam, continues to cause chaos, and his assistant, Stephen Sefton, continues to slide deeper into depression and despair. Morley is an honorary guest at the Colchester Oyster Festival. But when the mayor dies suddenly at the civic reception, suspicion falls on his fellow councillors. Is it a case of food poisoning? Or could it be...murder?

Join Morley, Miriam and Sefton on another journey into the dark heart of England.

Praise for Death in Devon:
"Much recommended for a frolicsome read." ( Country Life Magazine)
"The magnificent Morley is very good company, and Sansom has a lovely way with a mind-bending puzzle...superbly entertaining." ( The Times)
"The team first appeared in The Norfolk Mystery and it is largely a pleasure to encounter them again.... Cheerily old-fashioned." ( Times Literary Supplement)
Praise for The Norfolk Mystery: "A delightful, idiosyncratic mystery.... Professor Morley promises to become a little gem of English crime writing; sample him now." ( Daily Mail)
"A brilliant first outing that leaves you looking forward to the next maniacal mystery tour." ( Evening Standard)