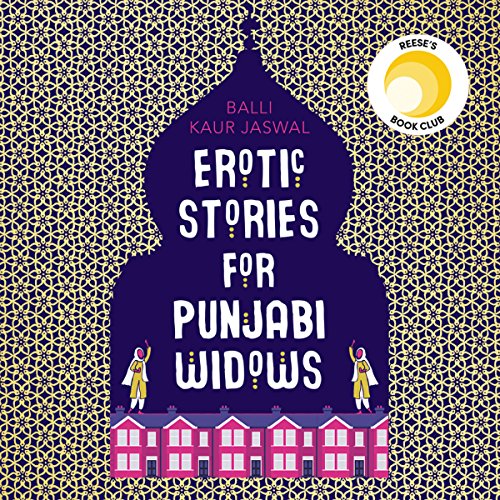 Hilarious and heartwarming, an East-meets-West novel for fans of The Little Coffee Shop of Kabul.

Every woman has a secret life....

When Nikki takes a creative writing job at her local temple, with visions of emancipating the women of the community she left behind as a self-important teenager, she's shocked to discover a group of barely literate women who have no interest in her ideals.

Yet to her surprise, the white dupatta of the widow hides more than just their modesty - these are women who have spent their lives in the shadows of fathers, brothers and husbands, being dutiful, raising children and going to temple, but whose inner lives are as rich and fruitful as their untold stories. But as they begin to open up to each other about womanhood, sexuality and the dark secrets within the community, Nikki realises that the illicit nature of the class may place them all in danger.

East meets West and tradition clashes with modernity in a thought-provoking cross-cultural novel that might make you look again at the women in your life.

"Big-hearted, earthy and funny: turns so many preconceptions upside down and opens up a world that so many of us have only glimpsed. A rattlingly good story." (Deborah Moggach, author of The Best Exotic Marigold Hotel)
"Compulsive, funny and wonderfully original - this novel glows with witty sensuality. I love it." (Helen Lederer, author of Losing It)
"Poignant, intelligent yet wickedly funny - a delightful read that reignites one's belief in the power of sisterhood." (June Sarpong)

To be enjoyed privately