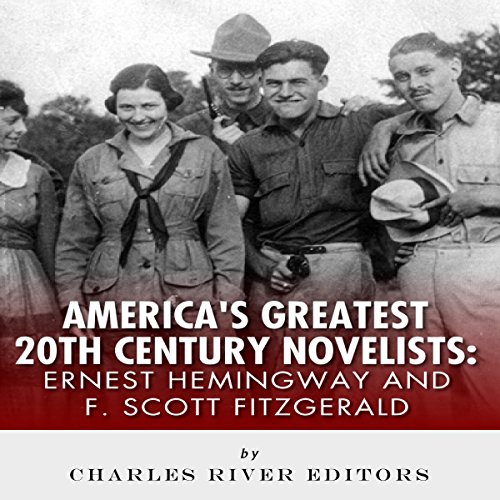 The 1920s in the United States were known as the "Roaring '20s" and the Jazz Age, a time in the nation that glorified hard and fast living. Nobody personified the age or wrote so descriptively about it better than F. Scott Fitzgerald (1896-1940), whose name became synonymous with the times after penning the epic The Great Gatsby.

Along with his dazzling wife, Zelda, Fitzgerald was all too keen to play the role. When his writing made them celebrities, they were celebrated by the national press for being "young, seemingly wealthy, beautiful, and energetic." While Scott used their relationship as material in his novels, Zelda wrote herself, and she also strove to become a ballerina.

However, the Fitzgeralds barely outlasted the '20s. Their hard living left Fitzgerald, a notorious alcoholic, in poor health by the '30s. Financially broke, he would die of a massive heart attack in 1940, by which time Zelda had already suffered various mental illnesses. Zelda died in a freak fire in 1948, both Fitzgeralds having burned out almost as quickly as they had shined.

Fitzgerald traveled constantly, and one of his expatriate friends in Europe was none other than Ernest Hemingway, widely considered one of the most influential American authors of the 20th century. Students are unlikely to leave high school without reading one of Hemingway's classics, especially The Sun Also Rises (1926), and they are usually introduced to rudimentary details about Hemingway's eclectic life and controversial death.