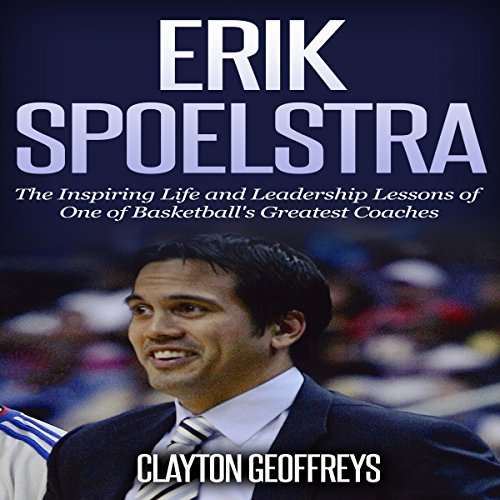 Erik Spoelstra: The Inspiring Life and Leadership Lessons of One of Basketball's Greatest Coaches

In Erik Spoelstra: The Inspiring Life and Leadership Lessons of One of Basketball's Greatest Coaches, you will learn the story of one of basketball's premier coaches, Erik Spoelstra. In his tenure as the head coach of the Miami Heat, Spoelstra has been responsible for guiding the Heat to four NBA Finals appearances and two NBA Championships. He is most known for coaching the Heat during the Big Three era of LeBron James, Dwyane Wade, and Chris Bosh.

Even after the end of the Big Three era, Spoelstra has remained highly regarded in the league due to his ability to bring out the best from the players he has available on his rosters. Most recently in the 2016-2017 season, Spoelstra led the Heat to a 41-41 finish, despite the team starting their season 10-31. The season was reminiscent of their Sunshine State neighbor, the Orlando Magic, and their "Heart and Hustle" season when Doc Rivers broke out as a top regarded coach in the league.