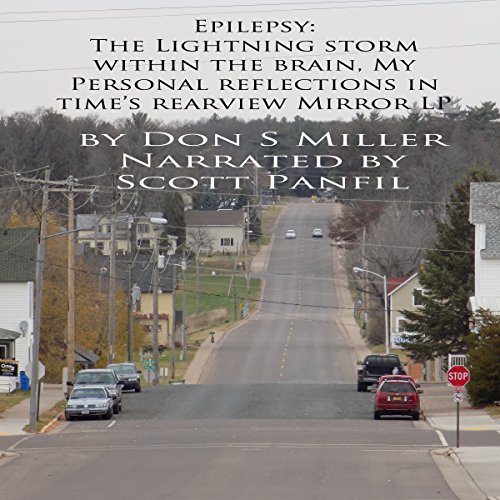 Epilepsy: The Lightning Storm Within the Brain

This is the fourth version of the same epilepsy memoir originally published in 2014 with some noticeable additions.

This is a true epilepsy saga from age 11 to age 53. Don Miller has had epilepsy for 42 years now. Mr. Miller was discouraged by the lack of epilepsy-oriented books at the beginning of this book's conception in 2005. There were no books about epilepsy at the library, and books about epilepsy were few and far between back in 2005. Those that were written were by doctors and nurses; there was nothing for the lay-person that would help cure that error.

Epilepsy: The Lightning Storm was one man's solution to that problem, an automotive format: the human, the car; the engine, the brain. We are all cars, and E-people just have faulty electrical systems. Milepost one - a detour from the "normal life". Gentlemen, line up your cars, start your engines, green flag, gun your engines, go, go go!

Genesis of the epilepsy, the beginning of the electric highway and the ups and downs of epilepsy, depression, and paranoid schizophrenia: Noble Jameson, my first neurologist, said, "I've seen this many times before. When adolescence ends, your seizures will stop." My seizures will stop when adolescence ends; that was seven or eight years; seven years seemed a lifetime, eight years seemed an eternity. So began the mounting frustration and exasperation.

That statement has echoed in my mind during a 40-year prolonged adolescence. The brain is like a car's engine - it controls what we do and where we go, and some of us have faulty electrical systems. In adolescence, testosterone shifted my brain into overdrive and flicked the seizure switch that controlled the firing of my spark plugs to the off position - it has remained there for nearly four decades. At the end of my sixth-grade year during the hot summer of 1974, my engine overheated and I had two tonic-clonic - known at the time as grand mal - seizures. At the time, I experienced ictal (seizural) amnesia.

So began a 40-year-journey on epilepsy's electric highway.