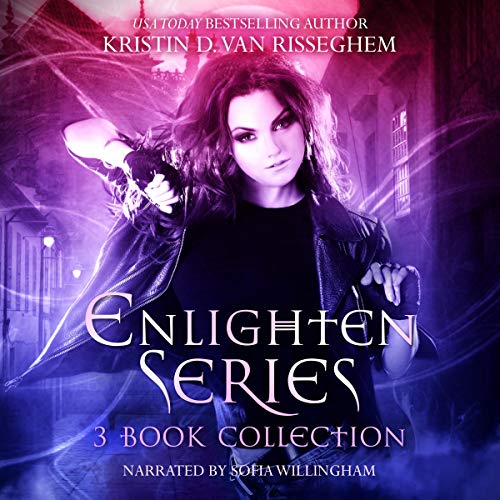 Swords & Stilettos: Zoe Jabril needs to devise a kick-ass plan to save the world ASAP. Otherwise, Armageddon starts the day she turns 18 - and if that happens, everything is going to hell. Literally. She could be any other 17-year-old attending parties and checking out cute guys - except she discovers her best friend is a guardian angel and the boy she crushes on is a nephilim, both sent to protect her from the demons who want her dead.

Now Zoe has to deal with growing feelings toward the nephilim, who spreads a strange electrical current through her body every time he touches her. And she’s under constant attack from demons, trying to stop her from fulfilling the prophecy: a girl will be born who will unite angels, nephilim, fairies and werewolves to battle evil. Then she has to control newly found talents if she’s to prevent the devil from escaping hell.

Daggers & Dresses: Zoe is your typical high school student, that is, if you don’t count that her boyfriend is a nephilim, she fights demons for a living, and that she brought her best friend back from the dead. Zoe wants things to go back to normal, but “normal” isn’t really her thing. There’s a new guy in town, one Zoe can’t help but feel desperately attracted to...though he’s dangerous. Really dangerous. And he’s just the start of her problems.

Zoe is trapped in a race against time to get her powers under control or suffer the consequences. Tied to the fight between good and evil, Zoe must keep the peace between angels, fairies, werewolves, and other creatures of the night. Betrayal and darkness loom in the shadows, and Zoe isn’t sure who she can trust. But her current issues are nothing compared to the storm brewing on the horizon. Zoe has no idea what’s coming, or the danger she’s in. Because on her 18th birthday, it’s gonna be one hell of a fight.

Wars & Wings: Captured by someone Zoe thought was a friend, she’s imprisoned and tortured. But the worst part is being forced to watch her friends struggle to find her through a magical mirror. Zoe knows no one is coming to rescue her. She must save herself. A battle is approaching, a war Zoe only has days left to prepare for.

Evil is threatening to break through the Earth’s protective barriers, and once it does, the world will end. Nothing Zoe or her friends can do will be enough. To stop what’s coming, a price must be paid. Its cost will be more than Zoe can bear. But she’s not giving up. Hope will fight until her last dying breath.