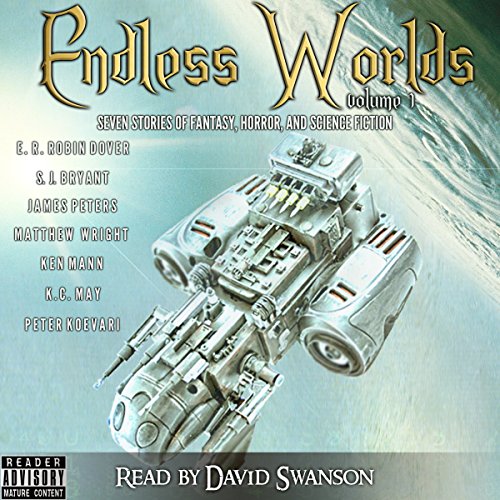 A fantasy, science fiction, and horror anthology featuring seven short stories by well-received authors. They may scare you, thrill you, and capture your imagination. If you enjoy high-quality short stories that will excite you, then this is for you!

In a remote desert region of southwestern New Mexico, centered along the Rio Grande, is an ancient grove of trees permeated with an evil that has always existed. In silence, it screams out to be touched – and does so with one mind. It calls out for the succulent meat within its shells to be consumed. When the time is right, it gives up its fruit – spreading influence and forbidden knowledge – disseminating control found only in a very special evil.... Joel Johnson made sacrifices that changed the Grove. But Joel has also changed. He is deeply in love with this forest of darkness, witnessing things no one else has seen. He feels them absorbing and consuming him. And he likes it.

Tanguin is a mercenary hacker delving deep into the servers of a mega-corporation to pay for her parent's addiction. She must fight past anti-hacker software in the form of roving gangs and malicious killers, when she discovers that nothing is what it seems.

A ruthless mercenary is hired to eliminate the last surviving member of a family killed by a negligent mega-corporation. Is there any shred of humanity left in this killing machine? This story mixes two parts testosterone, one part social commentary, seasoned with a touch of dark humor.

Trapped on a haunted starship, chaplain Cam Suttler has to find new strengths in himself to rally the crew before darkness destroys their minds.

In search of assistance after a breakdown, Patrick must find an escape from a mansion that holds him captive, evade the demons that taunt his mind, and find his missing girlfriend.

Dr. Benjamin Sykes, a brilliant neurosurgeon and engineer, has developed a device to cure psychological and neurological disorders. He awakens a comatose schizophrenic, only to learn the patient believes his hallucinatory friend is a manifestation of God. Can Ben find a way past his consuming need to fix people and separate the delusion from the religion without destroying the patient he's worked so hard to save?

Warhawk Log, March 17, 2118: It was meant to be a dream mission. Set up a last resort Data Center for the Earth Defense Network, have the trip of a lifetime to Mars, and return home to my waiting family. The terrors I encountered, I never saw coming. I am Hamid Miya, and this is my story.