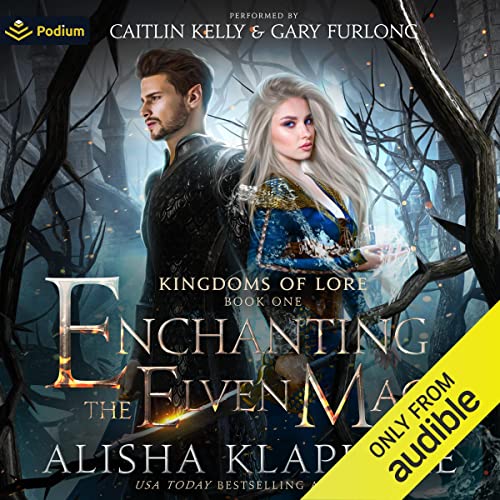 A human princess. An elven warrior. A betrothal bound in a curse.

Today, Aury learned three things; one, she is a princess; two, she might be a powerful mage; and three, a brutal mountain elf is on his way to the kingdom for their marriage. Aury can’t escape her newly revealed royal parents quickly enough. If they think she is going to marry some vicious elven warrior mage, they have another thing coming. They claim she’s a mage too, but she has yet to prove it. She heads to the magic military order to get her rune-marked staff and learn everything she can. If she becomes the weapon they need instead of her not-if-she-can-help-it husband, they’ll send the mountain elf packing, right? If they don’t, she will.

Filip is certain of three truths; one, he is bound to wed a stubborn mule of a princess; two, the union will give his people the farmland they desperately need; and three, his nightmare of a bride has wild magic that will probably kill him before their wedding day. But he will die before he gives up on winning her hand. War is coming, and the first battle will be fought in the heart.

Loosely inspired by the old tales of Sleeping Beauty, this novel is set in the same world as USA Today best-selling author Alisha Klapheke’s Dragons Rising series, but listeners can easily start with this book.