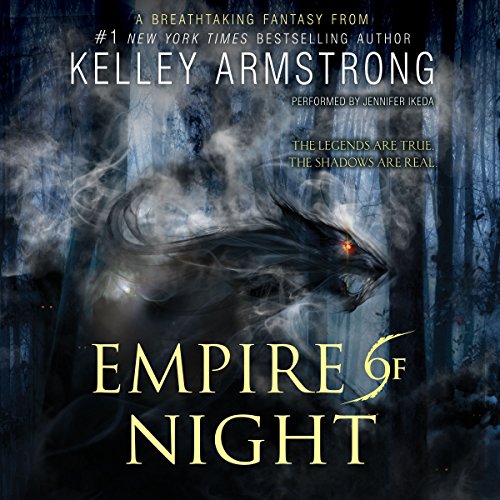 In this heart-stopping sequel to the New York Times best-selling Sea of Shadows, which Kirkus Reviews called "a standout", Ashyn and Moria must overcome deadly enemies - not all of them human - as they attempt to help avert a war for the empire. Blending fantasy, romance, danger, and action, Kelley Armstrong sends readers on a thrilling journey through an unforgettable world, perfect for fans of Graceling and Game of Thrones.

Sisters Moria and Ashyn are the Keeper and Seeker of Edgewood. Or at least they were. Their village is gone. Their friends have betrayed them. And now the emperor has sent them on a mission to rescue the captured children of Edgewood - accompanied by Prince Tyrus and a small band of imperial warriors. But the journey proves more perilous than any of them could have imagined. And with treachery and unrest mounting in the empire, the girls are running out of places to turn.

With all the pulse-pounding action and romance that have made her a number-one New York Times best-selling author, this second book in the Age of Legends trilogy will appeal to Kelley Armstrong's legions of fans around the world and win her many new ones.