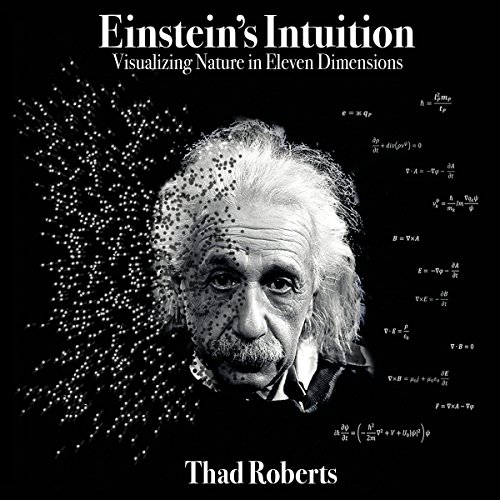 Presented in clear and accessible language, Roberts offers the listener a voyage through the stages of human knowledge. He then examines the outstanding mysteries of modern physics, the phenomena that lie outside the borders of our current understanding (dark energy, dark matter, the Big Bang, wave-particle duality, quantum tunneling, state vector reduction, etc.) and suggests that the next step in our intellectual journey is to treat the vacuum of space as a superfluid - modeling it as being composed of interactive quanta, which, in a self-similar way, are composed of subquanta, and so on.

With this proposition, Roberts imbues the vacuum with fractal geometry and opens the door to explaining the outstanding mysteries of physics geometrically. Roberts' model, called quantum space theory, has been praised for how it offers an intuitively accessible picture of 11 dimensions and for powerfully extending the insight of general relativity, eloquently translating the four forces into unique kinds of geometric distortions while offering us access to the underlying deterministic dynamics that give rise to quantum mechanics. That remarkably simple picture explains the mysteries of modern physics in a way that's fully commensurate with Einstein's Intuition. It's a refreshingly unique perspective that generates several testable predictions.