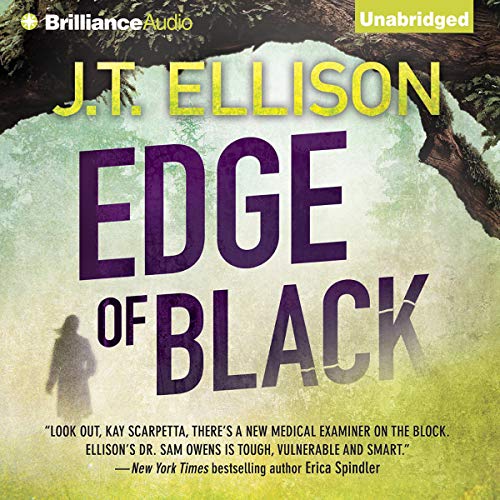 Dr. Samantha Owens is starting over: new city, new job, new man, new life. She’s trying to put some distance between herself and the devastating loss of her husband and children - but old hurts leave scars.

Before she’s even unpacked her office at Georgetown University’s forensic pathology department, she’s called to consult on a case that’s rocked the capital and the country. An unknown pathogen released into the Washington Metro has caused nationwide panic. Three people died - just three. A miracle and a puzzle....

Amid the media frenzy and Homeland Security alarm bells, Sam painstakingly dissects the lives of those three victims and makes an unsettling conclusion. This is no textbook terrorist causing mayhem with broad strokes, but an artist wielding a much finer, more pointed instrument of destruction: an assassin whose motive is deeply personal and far from understandable.

Xander Whitfield, a former Army ranger and Sam’s new boyfriend, knows about seeing the world in shades of gray. About feeling compelled to do the wrong thing for the right reasons. Only his disturbing kinship with a killer can lead Sam to the truth... and once more into the line of fire.

"Dr. Samantha Owens is one of the most memorable and engaging characters in thriller fiction today.... J.T. Ellison is a master storyteller. Superb!" ( New York Times best-selling author Carla Neggers)

Sam lost her family Button life goes on and she s fighting for it. So strong and after a terror attack she helps to find the truth. Gratulation. Again a gerät book, cool woman. Thank YouTube!