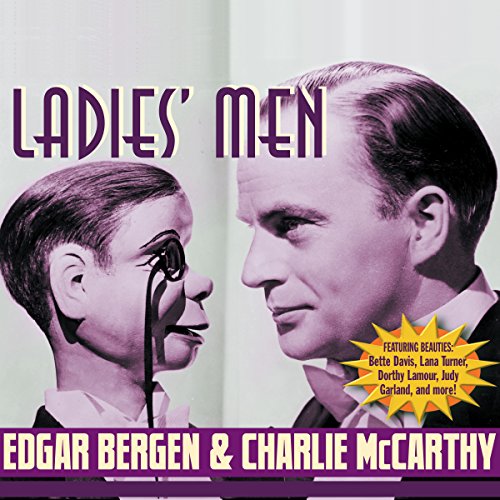 Casanova…Don Juan…Charlie McCarthy? Ventriloquist Edgar Bergen achieved stardom playing both straight man and comedian with his wooden alter ego Charlie McCarthy. The Charlie McCarthy Show was one of radio's top-rated shows for nearly two decades. Button down and bow-tied, the gentlemanly Bergen would never behave improperly with a lady. Charlie, on the other hand, is frisky, flirtatious, and brave enough to bring his game to guests Bette Davis and Hedy Lamarr, among others. His love of the ladies leads him to many an entertaining exchange. Joined by a bevy of beauties (including Lana Turner, Judy Garland, Dorothy Lamour and more) and a bunch of boys (including Abbott and Costello, W. C. Fields, and Mickey Rooney), Edgar Bergen and his provocative puppet star in 16 digitally restored and remastered episodes.