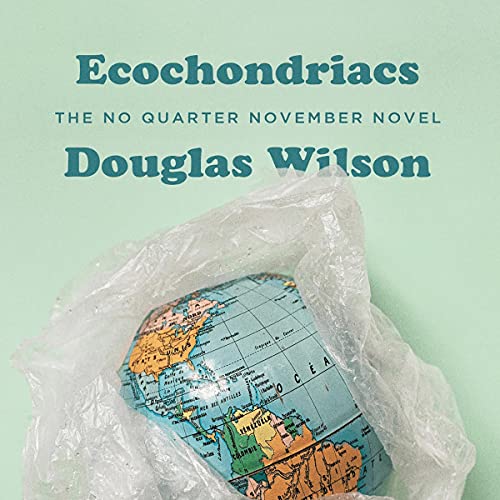 Ecochondriacs: The No Quarter November Novel

It's election season - America's most lucrative sport - and there are no rules.

When climate scientist Dr. Helen Gardner accidentally reads an email from the International Task Force on Climate Change which proves that global warming is a lucrative scam, she's shocked and horrified.

But that's nothing compared to how she feels the next day when her boss (the head of the Task Force) tries to have her killed.

Helen goes into hiding with the help of her neighbor, a "fundy" Bible college professor named Cody, and an anti-eco-activist lumberjack-writer.

But Helen's scandal isn't the only headline floating to the surface: the Democrat presidential candidate gets career-changing news; his running mate hits rock bottom after years of infidelity; the current Republican VP's past sins won't stay hidden forever.

And Cody is about to uncover some dirt of his own.