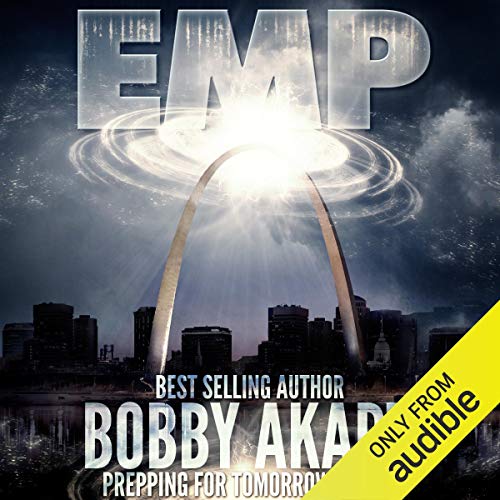 The clock is ticking. One second after. One year after. How will America survive a complete collapse of our critical infrastructure following an EMP attack?

One of the threats facing our nation is the use of an EMP weapon to cause a grid down scenario. There are many bad actors on the international stage capable of terrorism on a massive scale. The list is long, including Russia, China, North Korea, Iran, Syria and now terrorist groups like ISIS. Each is capable of wreaking havoc in the US by shutting down our power grid through the use of an EMP, and enjoying the resulting chaos.

Is America's crumbling infrastructure our Achilles Heel? Is our dependence on electricity so ingrained in our society that it reveals a soft underbelly - our weakness?

EMP: Electromagnetic Pulse is a primer on the threats we face as a nation from the bad actors mentioned above. It explores the history of electromagnetic pulse technology, and discusses its use for both military and non-military purposes.

This book is intended to remind us how dependent we are on a handful of electronics - computers, vehicles, and communications. Learn what a single act of terrorism using an electromagnetic pulse weapon would have on everyday life.

A detailed analysis is provided of the top 12 critical infrastructure elements that would be incapacitated by an electromagnetic pulse weapon.

Finally, the all-important issue of prepping will be addressed. How do you prepare for a collapsed power grid?