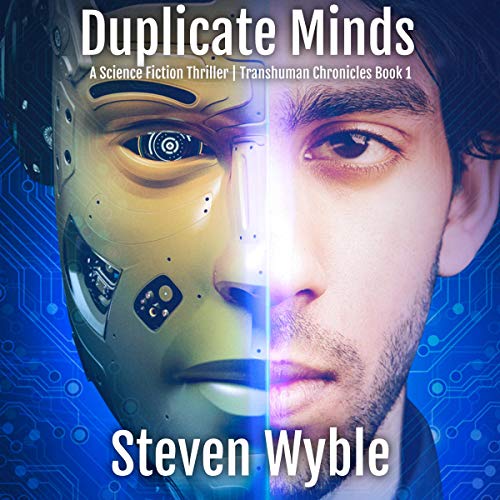 He woke up in a body that wasn't his, in a world that had passed him by...

Rajeev Sunduram awakens from a 15-year coma to find that his consciousness has been transferred to an experimental android body. He's alone in a world that has gone on without him, uncertain of who - or what - he can trust. In this strange new world, Rajeev is caught in the middle of two corporate titans on the cusp of creating a lucrative new body replacement industry. One offers organic replacements; the other offers robotic models.

With billions of dollars on the line, the companies will stop at nothing to wipe out the competition, putting Rajeev - and his family - in the crosshairs. Rajeev must stay one step ahead of his enemies while trying to acclimate to a new body and a new world. If he fails, the fate of not just his family, but the entire world, may be at stake.

Duplicate Minds is a fast-paced science fiction thriller, a prophetic work of fiction at the intersection of AI, robotics, and genetic engineering. Enter Rajeev's world and discover what it means to be transhuman. Duplicate Minds is book one in the Transhuman Chronicles.