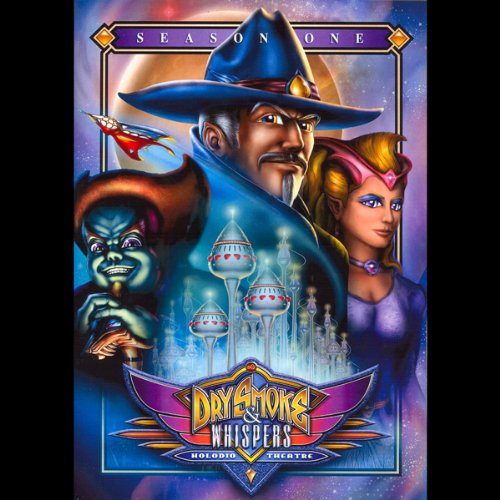 Here's an otherworldly science-fiction adventure from Transdimensional Media. Combining the humor and imagination of Ruby, with the pacing of Firesign Theatre, and an imagined world all its own, Dry Smoke and Whispers is a techno-noir drama with a sense of humor, and a memorable cast of characters. Emile Song, an eccentric, intelligent, and telepathic detective is given the task of catching the East End Reaper, a techno-fiend terrorizing the people of Quaymet.

It's small and jewel-blue, with wings and a maniacal laugh. Brought back to life from the Ancient Days of the Empire, a gem-stone filching homunculus is loose in the capital. It's evil, obviously, and must be destroyed. It takes a street-wise orphan of the Neon Bowery to set the capital, and even Song, aright.