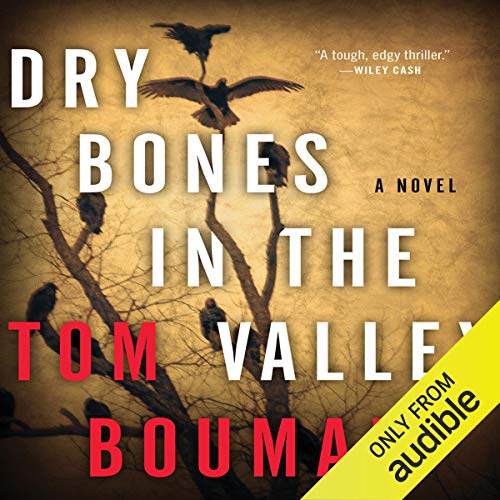 Dry Bones in the Valley

When an elderly recluse discovers a corpse on his land, Officer Henry Farrell follows the investigation to strange places in the countryside, and into the depths of his own frayed soul.

In Wild Thyme, Pennsylvania, secrets and feuds go back generations. The lone policeman in a small township on the sparse northern border, Henry Farrell expected to spend his mornings hunting and fishing, his evenings playing old-time music. Instead, he has watched the steady encroachment of gas drilling bring new wealth and erode neighborly trust. The drug trade is pushing heroin into the territory. There are outlaws cooking meth in the woods, guys Henry grew up with. When a stranger turns up dead, Henry’s search for the killer will open old wounds, dredge up ancient crimes, and exact a deadly price.

With vivid characters and flawless pacing, Tom Bouman immerses listeners in rural northeastern Pennsylvania, a region in the grip of change. In these derelict woods full of whitetail deer and history, the hunt is on.