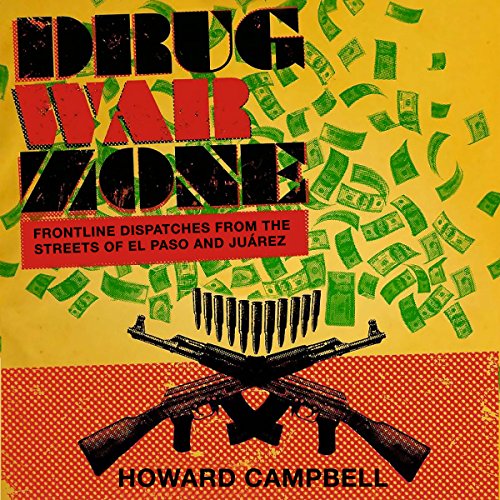 Drug War Zone: Frontline Dispatches from the Streets of El Paso and Juárez

Drug War Zone: Frontline Dispatches from the Streets of El Paso and Juárez

Thousands of people die in drug-related violence every year in Mexico. Ciudad Juárez, Chihuahua, adjacent to El Paso, Texas, has become the most violent city in the Mexican drug war. Much of the cocaine, marijuana, and methamphetamine consumed in the United States is imported across the Mexican border, making El Paso/Juárez one of the major drug-trafficking venues in the world.

In this anthropological study of drug trafficking and anti-drug law enforcement efforts on the US-Mexico border, Howard Campbell uses an ethnographic perspective to chronicle the recent Mexican drug war, focusing especially on people and events in the El Paso/Juárez area. It is the first social science study of the violent drug war that is tearing Mexico apart.

Based on deep access to the drug-smuggling world, this study presents the drug war through the eyes and lives of direct participants. Half of the book consists of oral histories from drug traffickers, and the other half from law enforcement officials. There is much journalistic coverage of the drug war, but very seldom are the lived experiences of traffickers and "narcs" presented in such vivid detail. In addition to providing an up-close, personal view of the drug-trafficking world, Campbell explains and analyzes the functioning of drug cartels, the corruption that facilitates drug trafficking, the strategies of smugglers and anti-narcotics officials, and the perilous culture of drug trafficking that Campbell refers to as the "Drug War Zone".

The book is published by University of Texas Press.