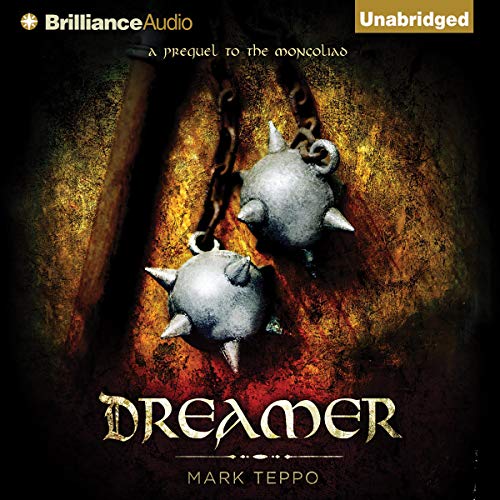 During the Fifth Crusade, the bloody siege of Damietta grinds to a stalemate and a young Christian soldier begins having visions….

Raphael of Acre, a young initiate of the Shield-Brethren, becomes a war hero during a vicious battle for control of a Muslim stronghold. One of his companions, Eptor, is wounded in the battle and falls under the influence of strange hallucinations. When a superior plots to manipulate Eptor’s visions into war propaganda, Raphael struggles between duty to the cause and duty to his faith. Unable to reconcile his roles as Christian and soldier, Raphael seeks out an unlikely source of counsel - the great pacifist Francis of Assisi.

Part of the Foreworld Saga, Dreamer confronts the paradox of using sword and fist in an effort to spread a message of humility and compassion.

not worth listening to

I loved the Mongoliad and its connected stories but this doesn't connect with me at all.