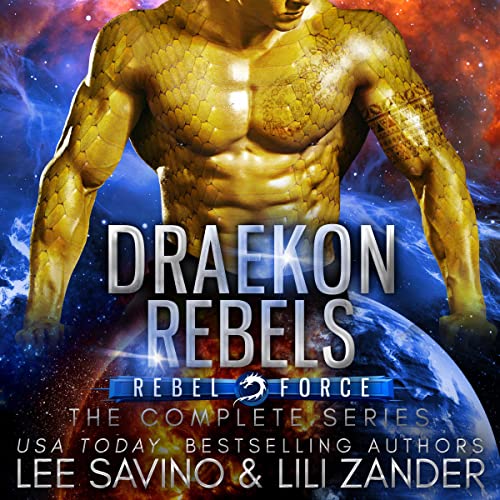 We were the first Draekons. Created for war, we are dangerous, lethal monsters. We were bound in stasis for a thousand years, but now we are free.

We have one final mission: Rescue a ship full of missing human women being tortured by the scientists.

Except they’re our fated mates. Their presence comforts us. Their touch soothes us. Enflames us. They are the missing pieces of our souls.

But our psychopath brother, the one we thought was dead? He’s still alive. He’s determined to wipe out the Draekon race. To control us, he will target our mates.

We will rampage. We will rain fire down on the galaxy. We will wipe out anyone who threatens the women we love. We’re the Draekon Rebels, and we will do whatever it takes to keep our mates safe.