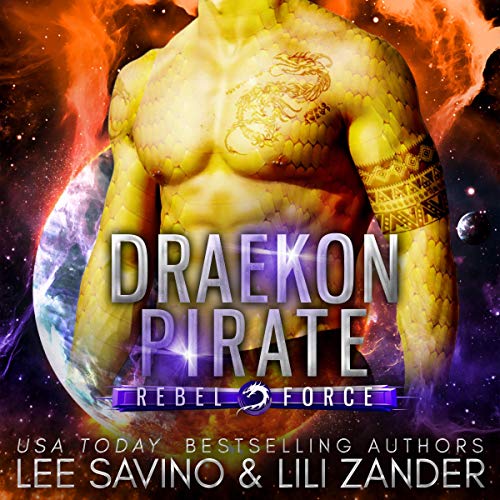 I thought human women were fragile and helpless. Then I met Diana. A pirate. Who knifed me the first time we met. Who makes it clear that she doesn’t need to be rescued. My mate.

When we’re not fighting each other, we flirt. I call her spitfire. She promises to burn me. Diana’s warm. Passionate. Daring. I would happily lose myself in her fire.

But she's involved herself in a dangerous undertaking. She’s feeding covert intelligence to the Rebellion. And she’s drawn the attention of my mass-murdering psychopath brother.

To protect her, I need to pretend that Diana doesn’t matter to me. I need to walk away.

But I’m Draekon. And Diana is my mate. Leaving is never an option.