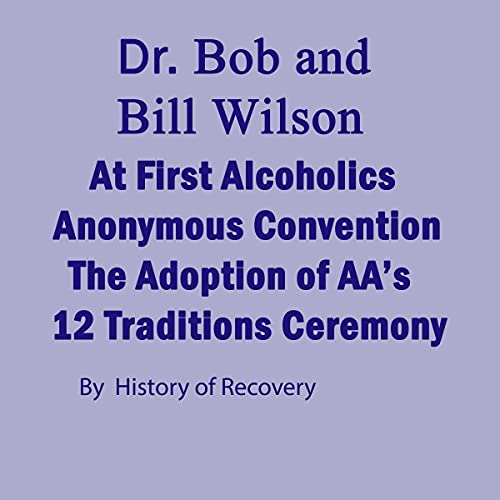 This is a very historic recording. First, Dr. Bob gives his last talk before his death later that year. Then Bill recounts his own story and the story of AA up till that time. In telling AA's story, he emphasizes the role of money and the dangers it presents. He describes the situations and events that gave rise to various AA traditions.

He makes a very powerful case that the 12 traditions are needed to preserve AA. Then at "The Traditions Meeting", various regional AA members speak. Each of them talk about two of the traditions. Then Bill explains how the traditions are used to solve thorny problems. He explains that they are proposed to be adopted that day by mutual assent. First he asks if anyone is opposed, and offers to let them speak their mind. No one does.

"Then I suppose by general affirmation, rather than any official act, we who are here in this hour of destiny may now be willing to rise and confirm the traditions of Alcoholics Anonymous."