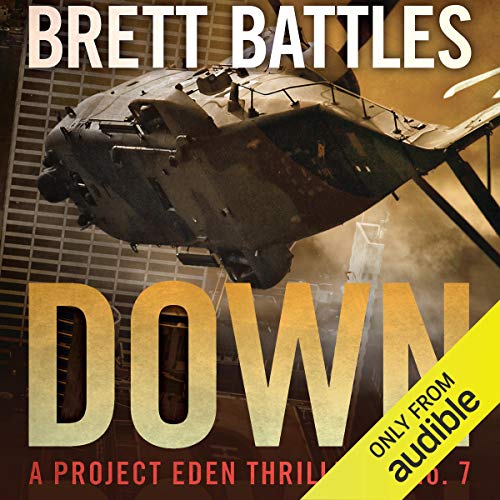 From thriller and suspense master Brett Battles comes Down, the final book in the Project Eden saga.

Matt Hamilton's last words have led Daniel Ash and his team to the snow-covered town of Everton, Vermont. On a field just outside city limits sits an unassuming hut. But this is no innocent building. Inside is the entrance to the secret Project Eden base known as Dream Sky, the key to the project's success. Or its defeat, as Ash hopes. To give the team the best chance to succeed, resistance groups have moved into position outside project installations around the globe. The purpose: to create diversions that will draw project attention away from Dream Sky. These groups have been waiting for the signal to attack. The wait is over.