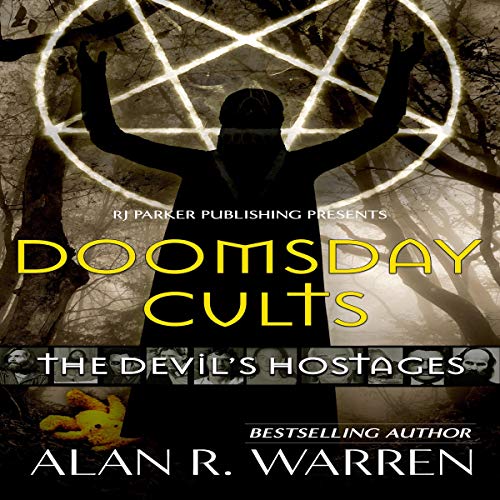 Jim Jones convinced his 1000 followers they would all have to commit suicide since he was going to die. Shoko Asahara convinced his followers to release a weapon of mass destruction, the deadly sarin gas, on a Tokyo subway. The Order of the Solar Temple lured the rich and famous, including Princess Grace of Monaco, and convinced them to die a fiery death now on Earth to be reborn on a better planet called Sirius. Charles Manson convinced his followers to kill, in an attempt to incite an apocalyptic race war.

These are a few of the doomsday cults examined in this audiobook by best-selling author Alan R. Warren. Its focus is on cults whose destructive behavior was due in large part to their apocalyptic beliefs or doomsday movements. It includes details surrounding the massacres and a look into how their members became so brainwashed they committed unimaginable crimes at the command of their leader.

Usually, when we hear about these cults and their massacres, we ask ourselves how it possibly happened. We could also ask ourselves, what then is the difference between a cult and a religion? We once had a small group of people who unquestionably followed a person who believed he was the son of God. Two thousand years later, that following is one of the most recognized religions in the world.

This audiobook in no way criticizes believing in God. Rather, it examines how a social movement grows into a full religion and when it does not. And what makes the conventional faiths such as Christianity, Judaism, Islam, and Hinduism stand above groups such as the Branch Davidians or Children of God.