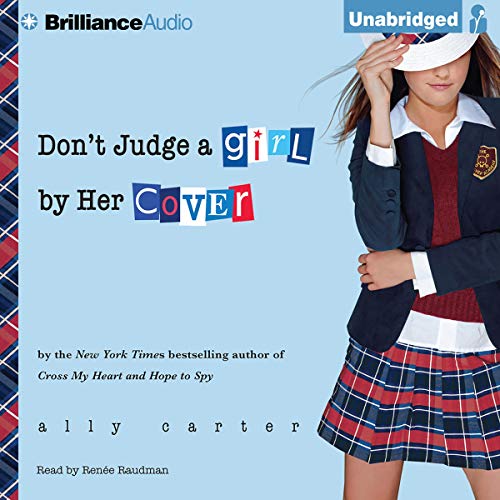 Don't Judge a Girl by Her Cover

When Cammie Morgan arrives at her friend Macey's five star hotel for the Democratic National Convention - where Macey's father is about to receive the vice presidential nomination - she thinks she's in for an exciting end to her summer break. But if you're a Gallagher Girl, "exciting" and "deadly" are never far apart.

Things quickly go south when Macey is summoned to the hotel roof to shoot a PR piece with the presidential candidate's son. But instead of cameras, attackers descend from a helicopter and swarm the girls, commanding, "Grab her." After a narrow escape, Cammie and Macey find themselves at a top secret hideout owned by the Gallagher Academy...and thus begins Cammie's junior year at spy school.

Cammie doesn't need her genius IQ to see that the kidnapping attempt has changed everything, especially now that Macey is a major celebrity, and the school has been besieged by news crews. More disturbing, Cammie can't shake the suspicion that her mom and Mr. Solomon know more about the attack than they're letting on. After all, why weren't the attackers surprised to find themselves in combat with two teenage girls who handled themselves like seasoned pros?

But these suspicions won't stop Cammie from jumping at the chance to join Bex and Liz as Macey's private security team on the campaign trail. Before long, the girls are using their espionage skills at every turn, as Cammie gets closer and closer to the shocking truth...