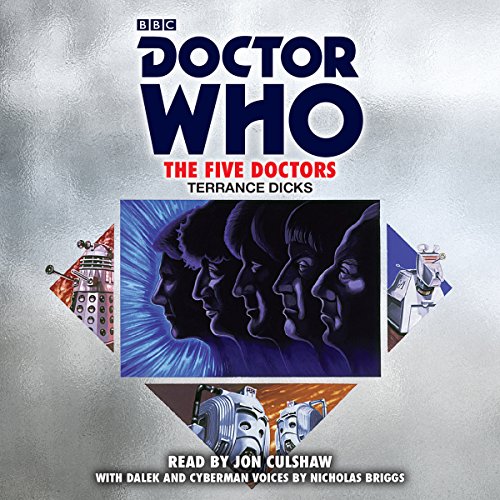 Doctor Who: The Five Doctors

Jon Culshaw reads this classic novelisation of Doctor Who's special 20th-anniversary TV adventure, featuring the Doctor in each of his first five incarnations.

Each one has been removed from his time-stream and - with one unfortunate exception - brought to the Death Zone on Gallifrey. There, they - along with an array of their loyal former companions - encounter numerous deadly obstacles including Daleks, Cybermen, Yeti, the Master and a fiendish set of puzzles. Who is the ultimate enemy they must all unite to defeat?

Based on Terrance Dicks's epic TV adventure, first broadcast in 1983, The Five Doctors offers listeners a chance to turn the clock back and meet some old friends - and some old enemies.