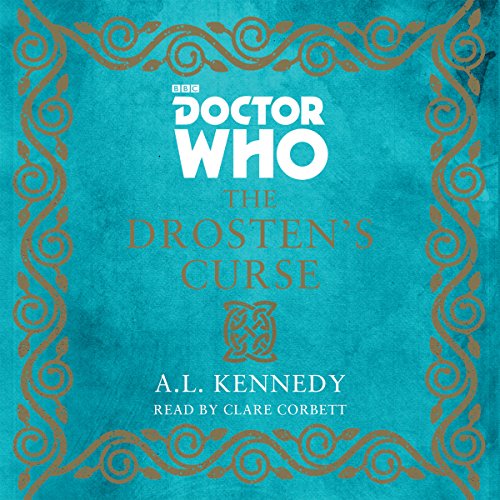 Doctor Who: The Drosten's Curse

Doctor Who: The Drosten's Curse

An original novel by A.L. Kennedy featuring the Fourth Doctor, as played by Tom Baker in the BBC TV series.

Something distinctly odd is going on in Arbroath. It could be to do with golfers being dragged down into the bunkers at the Fetch Brothers' Golf Spa Hotel, never to be seen again.

It might be related to the strange twin grandchildren of the equally strange Mrs Fetch – owner of the hotel and fascinated with octopuses. It could be the fact that people in the surrounding area suddenly know what others are thinking, without anyone saying a word. Whatever it is, the Doctor is most at home when faced with the distinctly odd. With the help of Fetch Brothers' Junior Receptionist Bryony, he'll get to the bottom of things. Just so long as he does so in time to save Bryony from quite literally losing her mind, and the entire world from destruction.

Because something huge, ancient and alien lies hidden beneath the ground – and it's starting to wake up....

As quirky as the 4th Doctor

Wonderful enough that I wish I had the same book on paper - if only to enter the details into Tardis.wikia -well, someone should. Until then just enjoy the story.